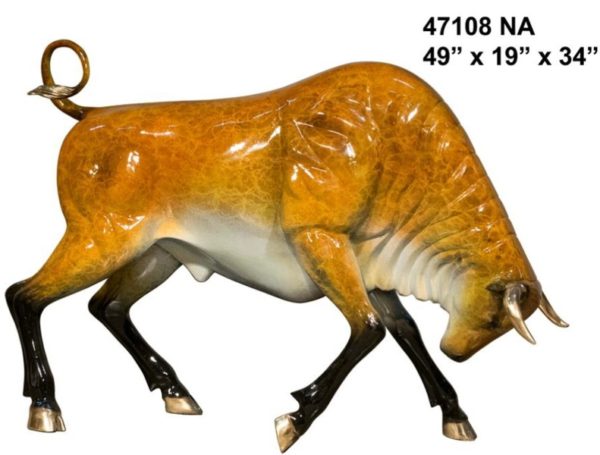 Bronze Bull statue. Perfect for a school mascot, restaurant, farm, ranch, trade show display, storefront display or any facility that seeking a quality bronze bull statue. Fabricated in the lost wax method and a true work of art. An amazing conversation piece and a great photo-op. Can be used indoors or outdoors. This rugged, resilient bull statue is impervious to the weather. Typical maintenance is washing with soap and water periodically. We provide free mounting tabs and instructions making the installation quick and easy. Check out our references https://bronze-depot.com/references and see a partial list of our satisfied clients, especially the schools that trusted us with their mascot. You won’t find this bull for less anywhere.