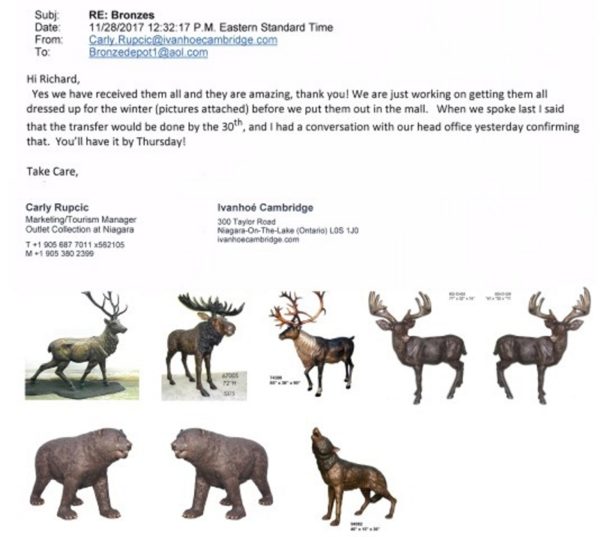 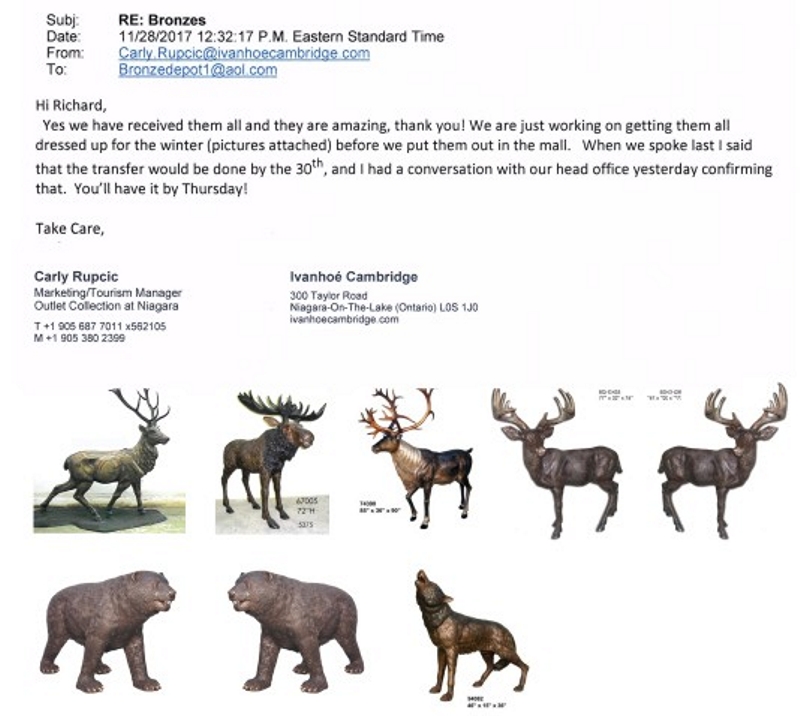 We have received them and they are amazing, thank you.

The American black bear is the smallest of the three bears species found in North America, and are found only in North America. Black bears have short, non-retractable claws that give them an excellent tree-climbing ability.

Black bear fur is usually a uniform color except for a brown muzzle and light markings that sometimes appear on their chests. Eastern populations are usually black in color while western populations often show brown, cinnamon, and blond coloration in addition to black. Black bears with white-bluish fur are known as Kermode (glacier) bears and these unique color phases are only found in coastal British Columbia, Canada.

It is estimated that there are at least 600,000 black bears in North America. In the United States, there are estimated to be over 300,000 individuals. However, the Louisiana black bear (Ursus americanus luteolu) and Florida black bear (Ursus americanus floridanus) are unique subspecies with small populations. The Louisiana black bear is federally listed as a threatened species and the Florida black bear is estimated to number 3,000. The American black bear is distributed throughout North America, from Canada to Mexico and in at least 40 states in the U.S. They historically occupied nearly all of the forested regions of North America, but in the U.S. they are now restricted to the forested areas less densely occupied by humans. In Canada, black bears still inhabit most of their historic range except for the intensively farmed areas of the central plains. In Mexico, black bears were thought to have inhabited the mountainous regions of the northern states but are now limited to a few remnant populations.

Black bears are extremely adaptable and show a great variation in habitat types, though they are primarily found in forested areas with thick ground vegetation and an abundance of fruits, nuts, and vegetation. In the northern areas, they can be found in the tundra, and they will sometimes forage in fields or meadows. Black bears tend to be solitary animals, with the exception of mothers and cubs. The bears usually forage alone but will tolerate each other and forage in groups if there is an abundance of food in one area. Most black bears hibernate depending on local weather conditions and availability of food during the winter months. In regions where there is a consistent food supply and warmer weather throughout the winter, bears may not hibernate at all or do so for a very brief time. Females give birth and usually remain denned throughout the winter, but males and females without young may leave their dens from time to time during winter months.

Cubs remain with the mother for a year and a half or more, even though they are weaned at 6-8 months of age. Females only reproduce every second year (or more). Should the young die for some reason, the female may reproduce again after only one year. Credit

With permission from DEFENDERS OF WILDLIFE